We build, operate, and scale our software using the best tools for the job.

In terms of technical implementation, Prokuria is based on an API model, and is written in Microsoft .Net, Angular 7, and SQL Server. 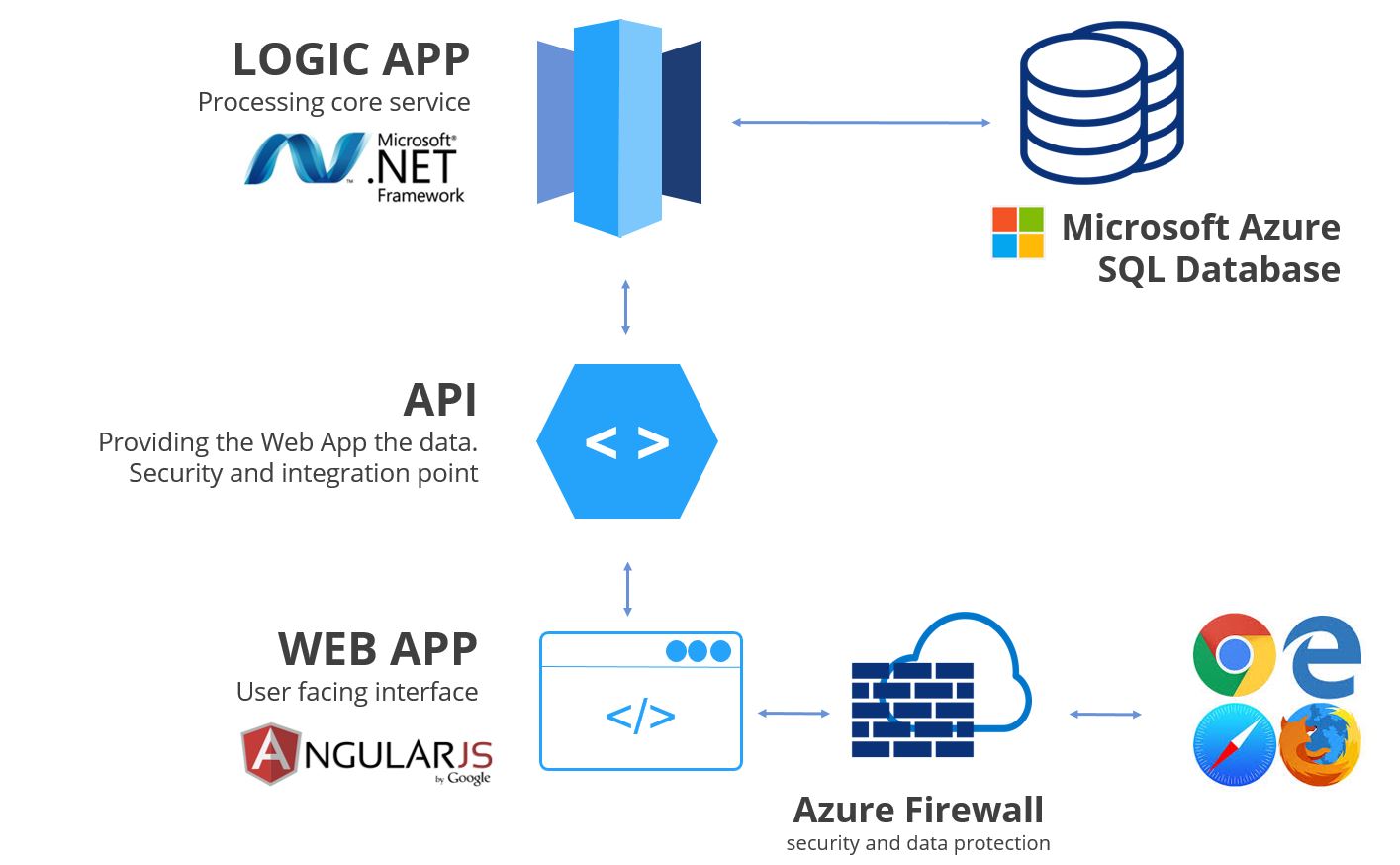 The only access route to data is via the API layer, with OAuth 2.0 authentication according to the current industry best practice.

Moreover, the SQL database itself is deployed and hosted on Microsoft Azure. As an Azure hosted application, Prokuria benefits from Transparent Data Encryption (TDE) which ensures real-time protection and encryption of the database, associated backups, and transaction log files at rest.

• For data in motion through Transport Layer Security (TLS).

• For data at rest through transparent data encryption.

• For data in use through Always Encrypted.

All connections to Azure SQL Database require encryption (TLS/SSL) at all times while data is "in transit" to and from the database. SQL Database uses TLS/SSL to authenticate servers and clients and then use it to encrypt messages between the authenticated parties.

Transparent data encryption helps protect against the threat of malicious activity. It performs real-time encryption and decryption of the database, associated backups, and transaction log files at rest without requiring changes to the application.

Encryption in use (client)

Always Encrypted provides a separation between people who own the data (and can view it) and people who manage the data (but should have no access). It helps ensure that on- premises database administrators, cloud database operators, or other high-privileged but unauthorized users cannot access the encrypted data.

In addition, Always Encrypted makes encryption transparent to applications. An Always Encrypted-enabled driver is installed on the client computer so that it can automatically encrypt and decrypt sensitive data in the client application. The driver encrypts the data in sensitive columns before passing the data to the database engine. The driver automatically rewrites queries so that the semantics to the application are preserved. Similarly, the driver transparently decrypts data, stored in encrypted database columns, contained in query results.

In addition, it calculates the result set sensitivity of SQL queries, so that queries that extract sensitive data can be explicitly audited, and the data can be protected. For more details on SQL Information Protection, see Azure SQL Database Data Discovery and Classification.

Key security standards in use

Additionally, to minimize privacy risk, Microsoft generates "pseudonymous identifiers" that enables Microsoft to offer a world-class 24x7 cloud service (including operating and improving services, billing, and fraud protection). In all cases, pseudonymous identifiers cannot be used to directly identify an individual, and access to the customer data that identifies individuals is always protected as described above.

All Azure services are used in compliance with the GDPR.

More information on Azure Data residency can be found here.

P
Prokuria is the author of this solution article.

Did you find it helpful? Yes No

Send feedback
Sorry we couldn't be helpful. Help us improve this article with your feedback.